When you compare them with other battery technologies that can be used in mobiles, the lithium batteries are comparatively better and most optimum choice.It charge faster, last longer, and have a higher power density for more battery life in a lighter package.Following feature that outcasts Li batteries from others to be used in mobile phones are : 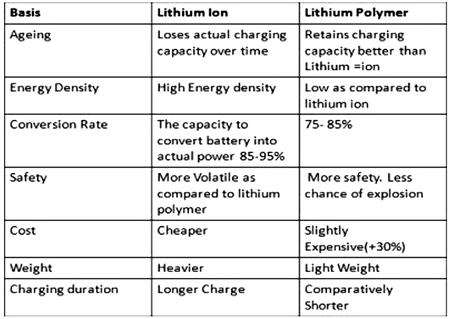